We are a one-of-its-kind enterprise risk detection company. We help our customers improve their safety performance, increase bottom lines, and foster sustainability by averting process problems at plant operations. Powered by our expertise in risk management and large-scale machine learning, our unique approach has not only earned several patents but also a reputation as a disruptive technology that provides ‘peripheral vision’ to detect hidden risks.

Dr. Oktem is a globally recognized expert in the field of Near-Misses. Her pioneering work has received international recognition and coverage in scientific journals and has been heavily adopted by chemical companies and organizations such as CCPS, OSHA. She also serves as Adjunct Professor at the Operations and Information Management Department and Senior Fellow at the Risk Center of the Wharton Business School. Her prior industry experience includes managing product development of specialty chemicals at Rohm & Haas. She holds a PhD in Chemical Engineering from the University of Delaware, MS from the Clarkson College, and BS from the Middle East Technical University.

Dr. Pariyani is specialized in dynamic risk analysis of industrial plants. His work in risk management has led to several publications in high-impact journals and industry media, including two US patents. He has pioneered engineering methodologies for identifying hidden near-misses, setting a new foundation for industrial operations analysis. He serves as a referee for several journals and was recently a Guest Editor for the Journal of Loss Prevention in the Process Industries. He holds PhD and MS degrees in Chemical Engineering from the University of Pennsylvania and a B.Tech. from the Indian Institute of Technology in Guwahati. He is a recipient of 2017 AIChE’s ‘35 Under 35’ Award.

Ms. Grubbe is the former VP of Group Safety for BP, which had its two safest years ever under her watch. She spent 27 years at DuPont, where she held corporate director positions in safety, operations and engineering. From 2003-2012, she served on the NASA Aerospace Safety Advisory Panel, and was a consultant to the Columbia Shuttle Accident Investigation Board. She is a Trustee of the National Safety Council, and is a former Chair of the NIST Visiting Committee for Advanced Technology. She is a former member of the Board of Directors of AIChE, and is the current chair of AIChE Institute for Sustainability. She graduated with a BS in Chemical Engineering (Highest Distinction) from Purdue University, and received a Certificate of Post-Graduate Study from Cambridge University. In 2010, she was awarded an Honorary Doctorate in Engineering from Purdue.

Ms. Tekin brings over 15 years of diverse financial services experience, in the areas of risk management, project management and process improvement, from some of the largest financial institutions around the world. Her proven business track record of managing portfolios in competitive, multi-cultural, and multi-national corporate environments, makes her a valuable contributor to our management team. Previously, she was the Head of Sberbank’s subsidiary DenizBank’s Financial Institutions Credit Analysis group in Istanbul, Turkey. Prior to joining Sberbank, she was with Citibank in the US and abroad for over 10 years, including as Senior Vice-President at Citibank NA. Throughout her career at Citi, she was responsible for managing various credit risk and product portfolios as well as re-engineering initiatives. She started her career at Arthur Andersen in the Southeast Corporate Finance Group. She holds a BS in Economics and Finance from the University of Delaware. 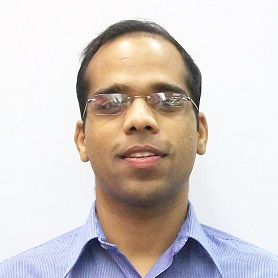 Puneet Agrawal is Director of Trading at Saracen Energy, where he trades multiple power trading instruments in over 30 states in the US. Previously, he was an associate trader at Deutsche Bank. He has an in-depth understanding of power market economics and regulatory structures of North American electricity markets. He is experienced in energy policies related to renewable power generation operations and has knowledge of various market products in the wholesale marketplace. He is also the Vice President and Member of the Board of Directors of PANIIT USA (an umbrella organization representing alumni network of the Indian Institutes of Technology (IITs)). He holds an M.S. in Materials Science from the University of Pennsylvania and a B.Tech. in Materials Engineering from the Indian Institute of Technology (Banaras Hindu University) in Varanasi.

Dr. Eherts is Vice President and Global Head of EHS at Actavis (a $15B pharmaceutical company) and has over 25 years of experience in the fields of EHS and Product Safety. Prior to joining Actavis, he was Vice President and Chief Safety Officer at Sikorsky. Before joining Sikorsky, he was with Purdue Pharma as the Executive Director of EHS. He began his career in 1981 at Merck Pharmaceuticals and became their Global Occupational and Environmental Toxicologist in 1990. In 1992, he joined Rhone-Poulenc (which eventually became Sanofi-Aventis) as Site Director of EHS for a 2000-person R&D site and later became Global Director of Industrial Hygiene, Environment and Product Stewardship. He holds Bachelor degrees in Chemistry and Biology and a MS and PhD in Environmental Toxicology from Drexel University. 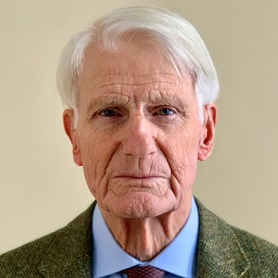 Ms. Oktem brings fifteen years of advising executives of Fortune 500 companies on process improvement and risk management issues. Previously, she was a Senior Principal with SAP Value Engineering. Prior to joining SAP, she was a Senior Director with The Corporate Executive Board, where she was overseeing research programs and working with clients in the Finance Executive and Corporate Strategy programs. She holds a BA in Economics and Psychology from Swarthmore College, and an MA in International Economics from Johns Hopkins’ School of Advanced International Studies.

Mr. Porter was Chief Engineer and VP – Engineering and Operations for DuPont until his retirement in 2008. After joining DuPont in 1966, he was named VP of Engineering in 1996, and later became VP of Safety, Health & Environment and Engineering in 2004. He has served as chair for the Construction Industry Institute (CII) and was the 2004 recipient of CII’s Carroll H. Dunn Award of Excellence. He received the ECC Achievement Award in 2005 and was the first recipient of FIATECH’s ‘James B. Porter, Jr. Award for Technology Leadership’ in 2008. He is a member of several Boards of Directors and the National Academy of Construction and served on the Argonne National Laboratory Board of Governors. He received a BS degree in Chemical Engineering from the University of Tennessee.

Peaxy CEO and President Manuel Terranova is a technology veteran with a long track record of bringing emerging technologies to market. He has a broad range of P&L and technical leadership experience in oil and gas, subsea equipment, software application development, pipeline inspection robotics, telemetry systems and IT infrastructure. Before co-founding Peaxy, he spent 13 years at GE and was Senior VP for Drilling and Production business, where he led a $5.2 billion portfolio. As head of GE’s subsea portfolio—he led a series of successful product launches, including a remotely enabled subsea control system that set industry records for market-share gains in a single year and led to Jeff Immelt awarding him the Chairman’s Award for Technology and Innovation in 2010.

Dr. Vainieri has more than thirty years of industrial experience, which includes refining, R&D, plant operations, human resources, acquisitions & divestitures, and senior executive management roles. He served as President and CEO of UOP, the leading licensor of technology to the chemical industries with annual revenues of more than $1 billion. Prior to joining UOP, he had a 25-year career with BP, where he was Senior Vice President of BP’s global refining division. Most recently he was Senior VP of R&D and Engineering for Yukos in Moscow. In 1999, he received the Executive of the Year Award from World Refining Magazine. He holds BS, MS and PhD degrees in Chemical Engineering from the University of Pittsburgh and also an MBA from John Carroll University. 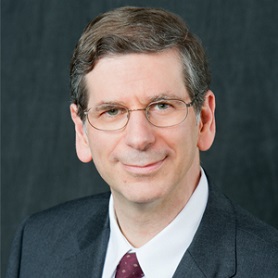 Syd Weinstein is an independent strategic advisor and cybersecurity consultant, specializing in helping technology companies grow. He started his career doing research in process control in data communications, central operations control and MMI, databases and calculation languages, which led him to found Datacomp Systems and Myxa Corporation. His research background led to work with distributed development teams in the 1980s while pioneering electronic mail and open source projects for the NSF Networks and its follow-on, the Internet. He has served as COO, CIO and CTO of various companies in multiple industries bringing his expansive experience in linking technology to overall business strategy, operations, and people seeing the total picture across all corporate functions and the interdependency of operations, finance, technology, marketing, sales and how to harmonize their contribution to a goal.

Dr. Seider is Professor of Chemical and Biomolecular Engineering at the University of Pennsylvania. For many years, he has contributed to the fields of process analysis, simulation, design, and control. He has authored or coauthored over 110 journal articles and authored or edited seven books. In process design, he coauthored ‘FLOWTRAN Simulation - An Introduction’ and ‘Product and Process Design Principles: Synthesis, Analysis, and Evaluation’. He was recognized by the AIChE Centennial Committee as one of ‘Thirty Authors of Groundbreaking Chemical Engineering Books’ in 2008 and was the recipient of several AIChE awards, such F. J. Van Antwerpen Award in 2011, Warren K. Lewis Award in 2004, and Computing in Chemical Engineering Award in 1992. He received a BS degree from the Polytechnic Institute of Brooklyn and MS and PhD degrees from the University of Michigan.

Late Dr. Kleindorfer was Founding Academic Advisor for Near-Miss Management. He was Distinguished Professor in Technology and Operations Management at INSEAD. He was also a faculty member at the Wharton School from 1973 to 2006 and later became the Anheuser-Busch Professor Emeritus of Management Science. He held appointments at Carnegie Mellon University, MIT, The Wharton School, and several universities and research institutes. He published over 25 books and many papers in the areas of operations management, managerial economics and regulation. He graduated with distinction (BS) from the U.S. Naval Academy, studied on a Fulbright Fellowship in Mathematics at the University of Tübingen, followed by his PhD at Carnegie Mellon University in Systems and Communication Sciences.